Last weeks, an image has been circulated in the internet, spreading a lot of lies. It's a photograph of the flags appendix of the 1939 edition of Larousse Encyclopedia [click to zoom]: 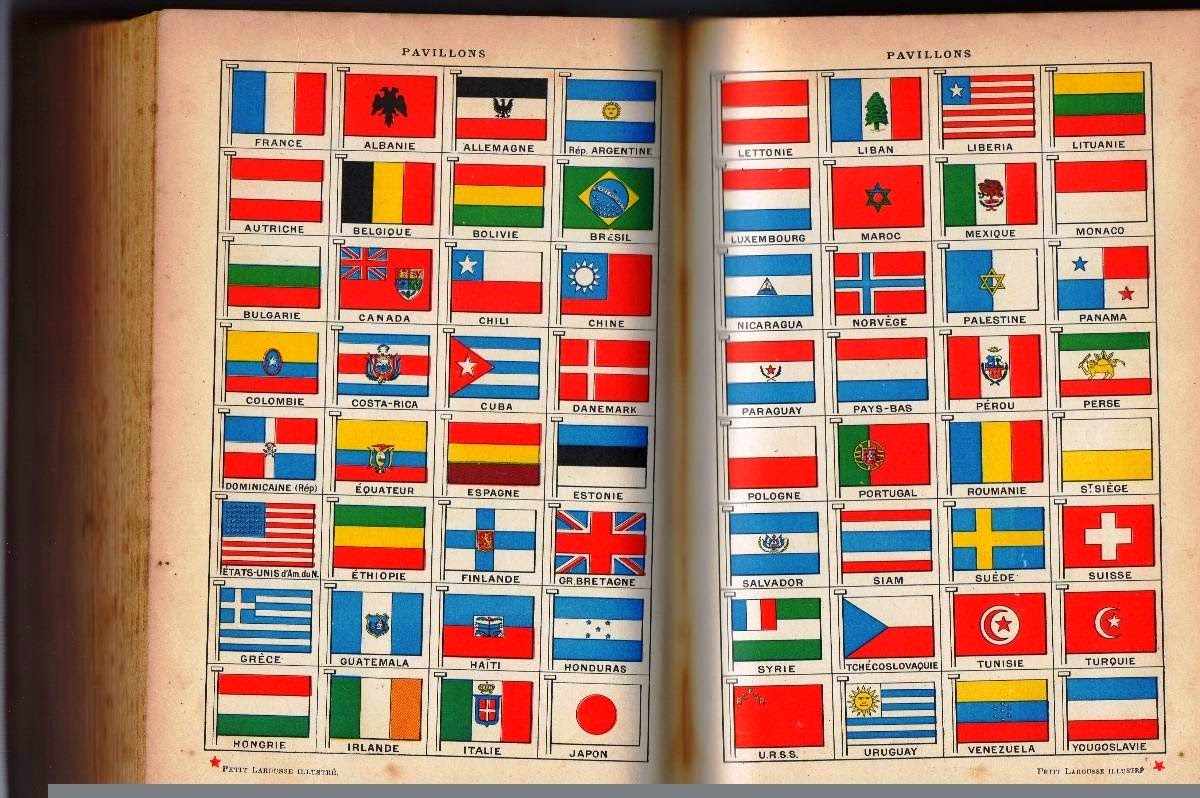 What's so polemic about it? In the second page, third row, third column, iy's possible to see a flag labelled as "Palestine", whose design is like below: 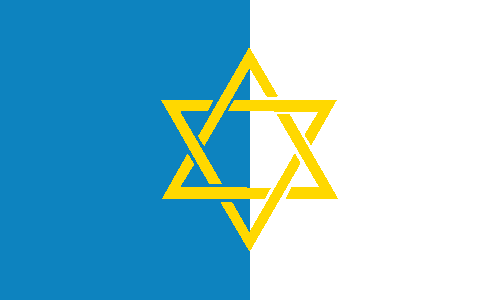 Many people have argued that it's an ultimate proof that, before United Nations, the British Mandate of Palestine had already a Jewish character. Firstly, it's not an absolute proof: although the Larousse is usually one of most reliable encyclopedias, its flag appendix isn't. In the same image, you can see other wrong flags, like that of Morocco and Soviet Union. Actually, the supposed Palestine flag also appeared in the 1933 edition, also unreliable.

But isn't still possible that this flag flew in the British Mandate of Palestine? Probably not. The only flag officially flown on the Mandate, apart from the Union Flag, was its civil ensign: 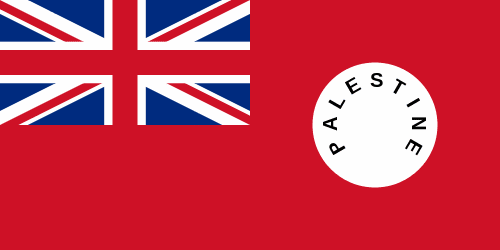 But they should have taken this flag from somewhere, shouldn't they? Yes, they should, but they could have invented as well. It's chronologically possible that this flag was inspired by the proposed flag of the 1924 Jewish Cultural Congress: 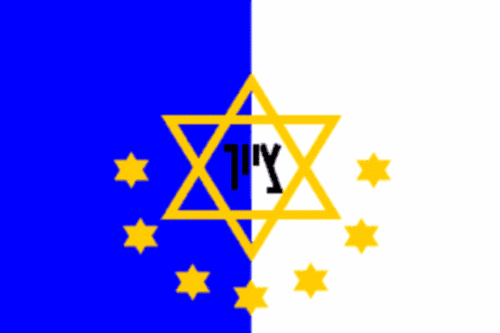 But the British Mandate of Palestine was still predominantly Jewish, wasn't it? Well, I'm not a specialist in the matter, but the Mandate also included the area of current Kingdom of Jordan, and, with the restrictions on Jewish immigrants, it's unlikely. Sorry, Internet...

You can alo check the Flaglog post.
Posted by Leonardo Piccioni at 1:36 PM

Email ThisBlogThis!Share to TwitterShare to FacebookShare to Pinterest
Labels: Asia